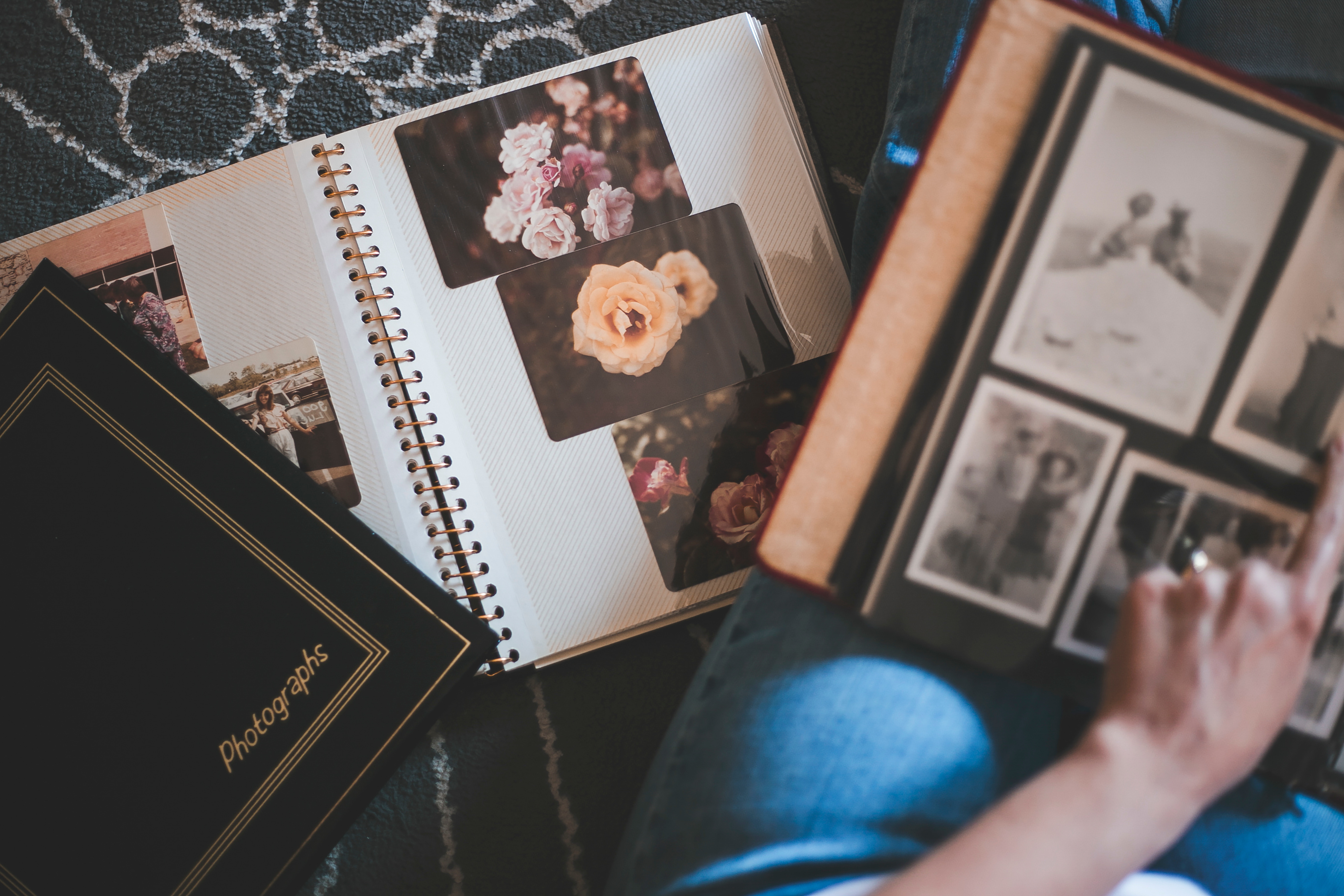 What is the hardest part of a Photo Organizing project?  Getting started!

You look at the boxes and innumerable amounts of pictures, and it can sap the energy right out of you!  The secret is to divide the work up into manageable smaller projects.

For the past few weeks I’ve been working on my own photo collection.  I had loose pictures in various boxes, pictures in sticky albums, pictures in small albums with photo sleeves, and vacation pictures in big single-topic albums.  The pictures covered the years from 1978 to today.

So how did I start?

One of the things that I had done is cut around the subject of the picture.  This made the photo album page look really cute, but it made the pictures more difficult to scan.  But regardless of whether the photo was odd-shaped or rectangular, it went into the photo shoe box, behind a labeled index card.

I worked on a few sticky albums at a time, considering these to be a small project.  This process could be easily transferred to organize loose pictures from boxes, or pictures from the small albums with the photo sleeves.

After scanning, I did the unthinkable.  I threw out many of the photos.  Especially pictures of kids who are not mine, blurry pictures and near-duplicates. Pictures that I would probably never look for, or look at, again.  I’m confident that I will not miss these pictures.

Once the pictures were scanned, they needed to get digitally organized.  I used the information on the index card to help determine the event, the approximate date, and who was in it.  The objective was to get the file names in a format of YYYY-MM-DD Person Event <filename>.JPG.  The pictures could be batch renamed using the operating system’s native Renaming command.

I created folders for decades, and sub folders by year and year and event.  When using the date format YYYY-MM-DD, the pictures and the directories fall into place.

Subsequent blogs will concentrate on how to handle large, single-topic albums and scrap books, how to organize digital pictures, suggestions for workflows to smooth out the work process, as well as suggestions about backing up your digitized collection.

If you have comments or questions, please do not hesitate to contact me at www.PreciousMemsPhoto.com.