Warning: count(): Parameter must be an array or an object that implements Countable in D:\home\preciousmemsphoto.com\wwwroot\wp-content\plugins\timetable\timetable.php on line 1361
 How to Preserve Photo Albums: 6 Ideas | Precious Memories

How to Preserve Photo Albums: 6 Ideas 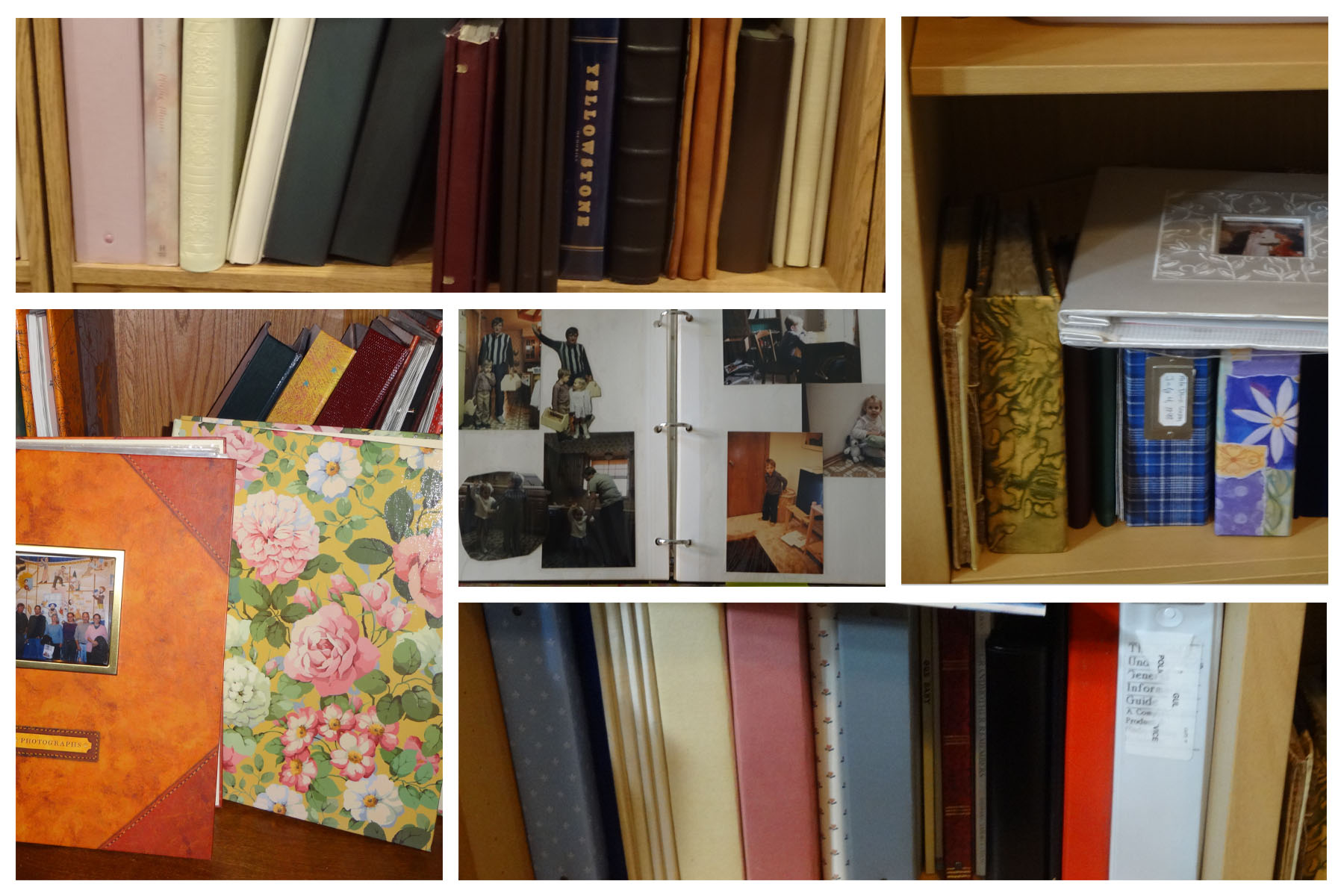 Do you have photo albums and scrap books that you’ve accumulated over the years? Or, maybe you inherited them?  What should you do with them?

The answer, like the answer for all things that are complicated, is: It Depends.

Over the years, as an avid Photo Album creator myself, and seeing many of my clients’ albums, I’ve concluded that there are several things to take into consideration when deciding whether to scan the entire photo album page or the individual photos; whether to remove the photos from the albums, or keep them intact.

When I first became a Photo Organizer, the prevailing thought was to remove all the pictures from the albums, scan them, and preserve them.  The albums themselves could be tossed.  That’s exactly what I did with my own albums and with those of my clients.

But as I got more experience, especially with my vacation photo albums, I realized that I did not want to do that.  The albums contained more than just the pictures.  They contained the notes I wrote, as well as entry tickets, maps, post cards and other memorabilia.  I realized that I wanted to retain the composition, which was the entire pages of the photo albums.

This is my current stance on the question of whether to keep or toss the photo albums:

So, you see, there are no easy answers for what to do with photo albums.  It depends on the type and condition of the albums you have to start with, and on what you would like to see as the final product of the project.

If you would like guidance on what to do with your photo albums, please do not hesitate to contact me at amira@PreciosMemsPhoto.com